I have always loved animals.
Much of my time as a child, I spent in the small woods behind our house searching for animals,
making traps, maybe finding a dead magpie, turning it with a stick to watch the white maggots crawling.
I also imagined I was an animal. I would play that I was.
I would climb a tree and be an animal in the tree, watching, being alert.
Usually I was a tiger, but I could also be a monkey or a bear
or if I were in the water: a seal or a dolphin.
Being a dog was also a favorite play activity, barking instead of talking.

If it was a situation with other kids, something that was quite rare, because I was mostly by myself,
they would maybe play catching the animal with me.
The animal, which was me, had to work very hard
not to get caught, something that involved running and hiding, maybe even kicking and biting,
if they managed to catch me.
I don't think the other kids liked the biting and kicking,
but I had to be able to protect myself,
because I was an animal, a very very wild, maybe even ferocious animal! 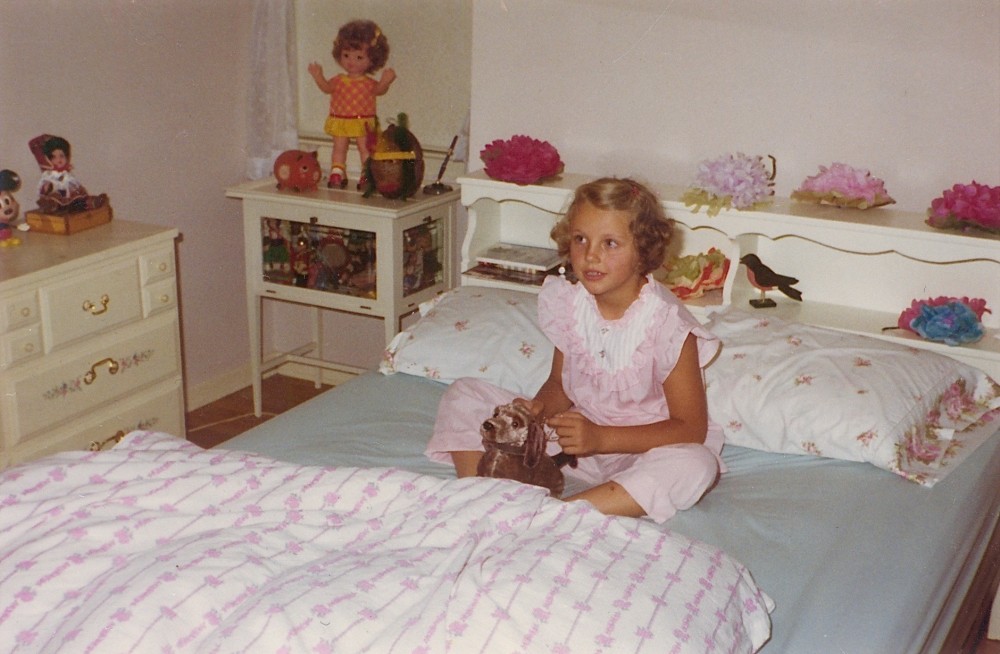