How to explore a site by opening up senses for unpredictable exploration?

The Office for Public Play was invited by “De Andere Markt” to contribute to the discussion on how to reconfigure work in Genk, starting from the “Kolenspoor” as a case study. This was part of the TRADERS Autumn School, November 10-13 2015. A collective of eight designers, artist, researchers and peers – with a background in play and games as approach for working on participatory art and design projects in/on public space – was formed for exploring this question during a working table at the Autumn School.
Working table with Janneke Absil, Oswald Devisch, Ruth Matheus Berr, Selina Schepers, Maxime Vancoillie, Andy Vandevyvere, Winglam Kwok and Annelies Vaneycken.

Work/labour is an essential part of the origin and history of the city of Genk. After closing the mines at the end of the 80s, the Ford succeeded being the main employer for many Genkenaars until this automobile manufacturer had to close its doors in 2014 as well. Since then, Genk and its broader region are left with huge rates of unemployment.

The Kolenspoor is a former rail track connecting different mine sites in Genk and its surroundings. Since the closure of the mines, most of the track is left unused. Only a small part of the Kolenspoor is still official in use to transport goods from/to an adjacent industry zone. Locals use some parts of the Kolenspoor informally, e.g. to extend their gardens for cultivating vegetables, keeping domestic animals or dumping waste. Other places are abandoned and overgrown by nature. 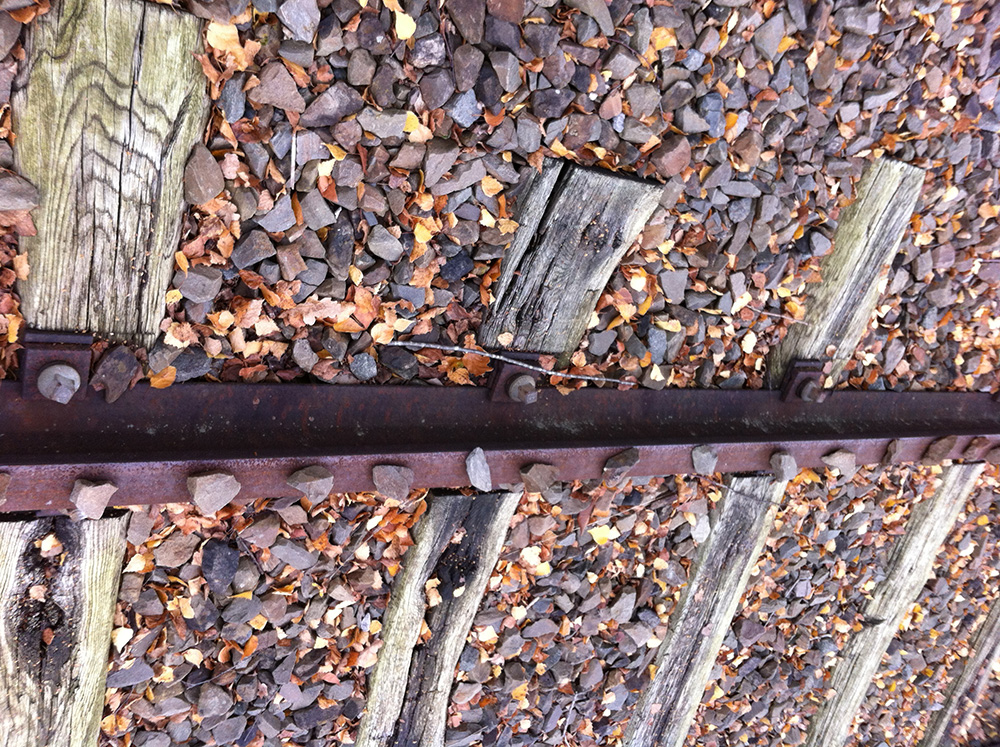 The aim of the working table was not to come up with new design solutions on how to re-use the Kolenspoor but to explore how the track, as public place, is currently used and how it can be re-imagined by creating and sharing stories. The track allows us to explore its relation as public meeting place and place for informal work. The working table generated a play model that aims to open up senses for unpredictable explorations

The play model exists out of a set of simple instructions and work principles:
Instructions
1. make two groups at a chosen place of departure; 2. walk away from each other in opposite directions; 3. make a trail by leaving traces; 4. return in one hour to the place of departure; 5. find the traces and trail of the other group; and 6. retrace the found trail 7. share stories and discussion.
Principles
1. when making traces we advice to work with “lost and found” material and with respect of the environment 2. when exploring use various ways of documenting your exploration, like e.g. notes, sketches, letters, photos, video, maps, … 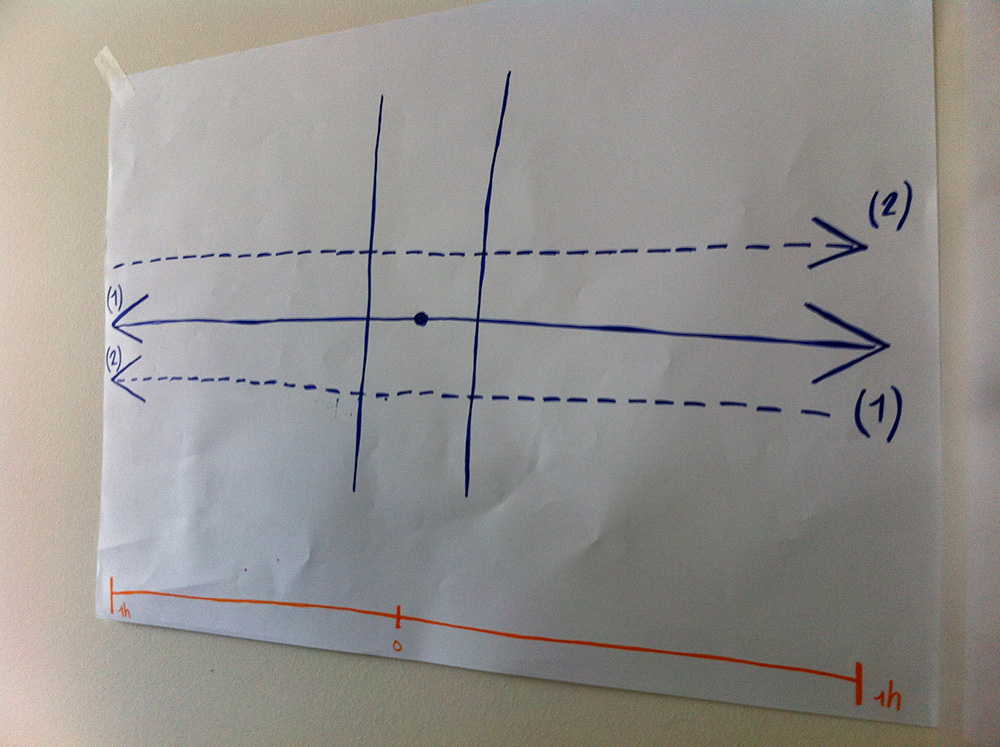 Visualisation of the model

Despite of its simple rules, the play generated different paths and collections of objects, users and stories. The making and seeking of traces triggered a broad spectrum of senses opening up speculation and imagination. Curiosity and a soft sense of competition drove the exploration of the site in various directions. The performativity of writing and reading the traces on sight happened in conjunction with ‘talking’ as means to generate a collective experience that is partly documented and, later on, is expressed, shared and passed on through stories. The play and making of the stories were not seen as goal but inherent to the process of the exploration. The informal mode of walking and collective making of traces invites the players to express very subjective and possible opposing ideas and reactions. The play helps the players to create stories, real and fictional, and therefore helps them to re-imagine multiple interpretation of the track/site. In addition to sharing stories and reimagining the site, the play contributes to a collective learning process that makes the players look differently at the track and may make them act differently during the further process of the project. In contrast to other proposals, this model demands the player to make traces instead of only finding traces. In addition, this model does not aim to classify the found traces in relation to a predefined goal, defined by the designer(s), but create a collection of multiple storylines, real and fictive, and multiple possibilities, realistic or utopian that represents the diversity and subjectivity of the individual participants.
Another element that distinguishes this play from other ways for site exploration is the second phase in which a group searches for the trail(s) and traces made by the other group. Mystery arises when one tries to find out if a certain signal should or could be interpreted as a trace left by the other group, a trace left by previous visitors or as a non-trace. Mystery acts here as play signal for entering imaginary worlds. Furthermore, it is unclear if the trace that was intentionally left was meant as marking or as message. “Is this a trace of a meeting, of a path, of a ritual, of an event, … or is this just my imagination?” The ambiguity of the traces allows multiple interpretations and new possibilities and thus opens up the participatory process for diversity and subjectivity of the individual participants.     In comparison to other forms of exploration, this model does not only pass on its stories through forms of documentation like e.g. maps, photos, videos, but the stories are passed on as well, directly or indirectly, through the traces themselves. This means an ongoing exploration of the traces and site. In this way, the temporary or more fixed traces might also trigger and involve other publics than the actual players after the exploration play has finished. 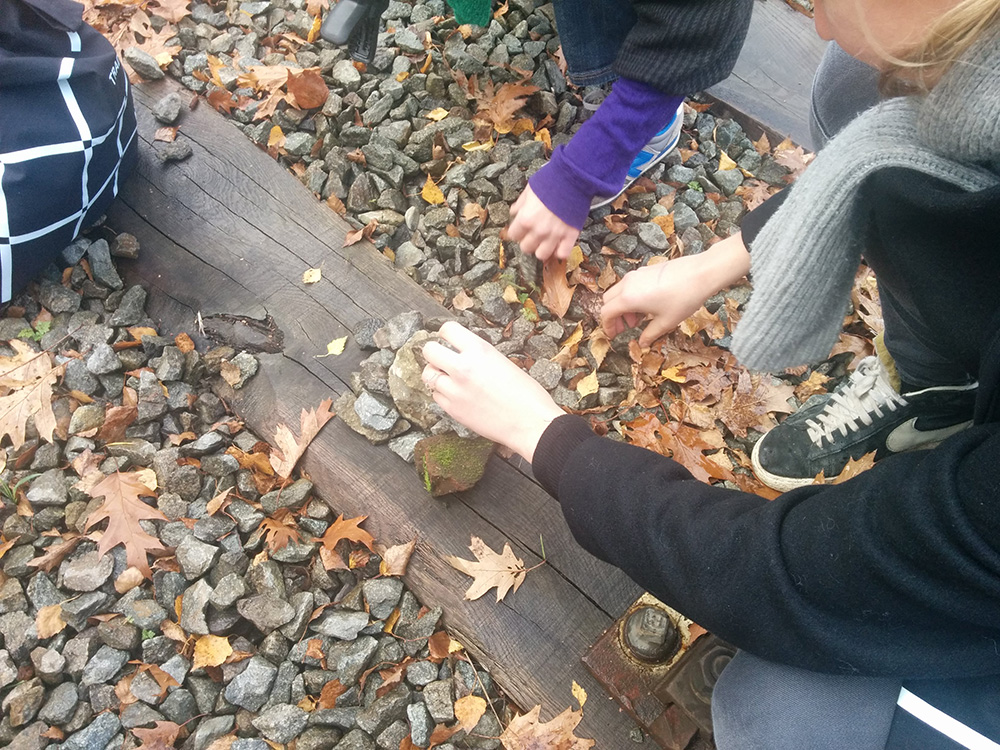 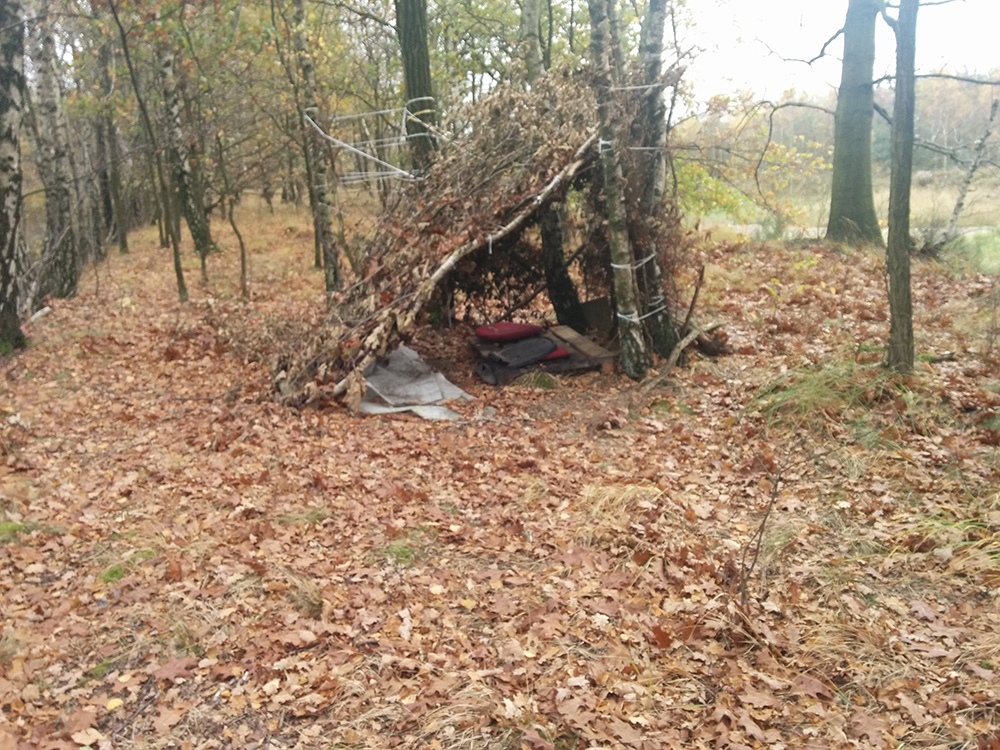 Because of its simple rules, the model can be transferred and adjusted to explore different types of spaces. The model is available as PDF at The Traders' Talk platform. Download, print recto verso on A4-paper  and fold using the instructions. 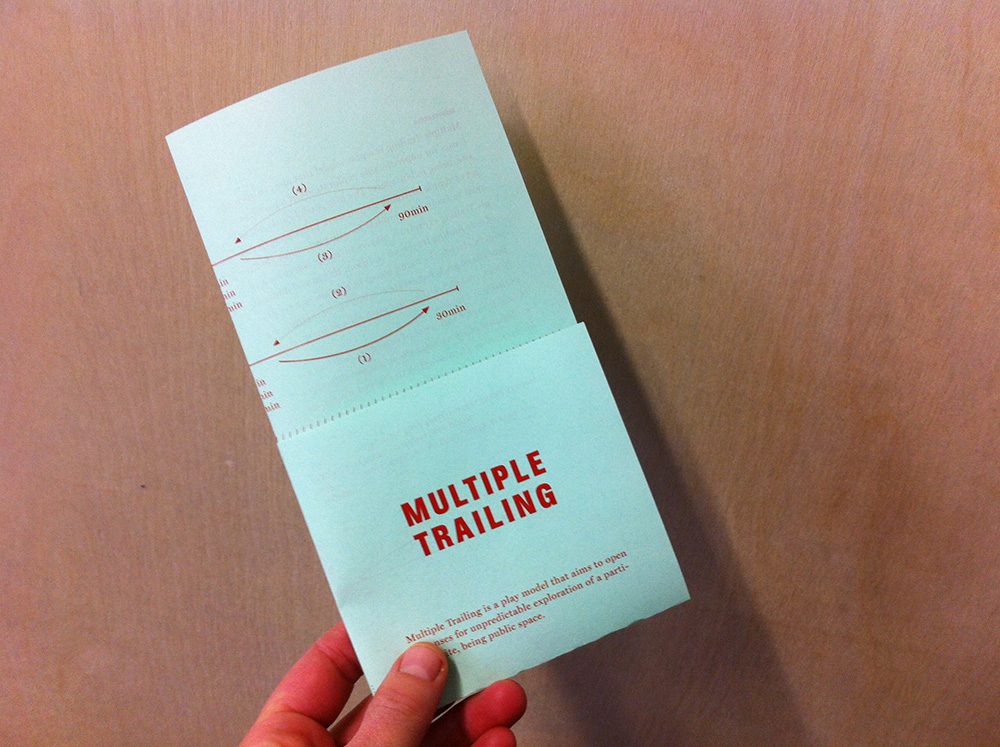 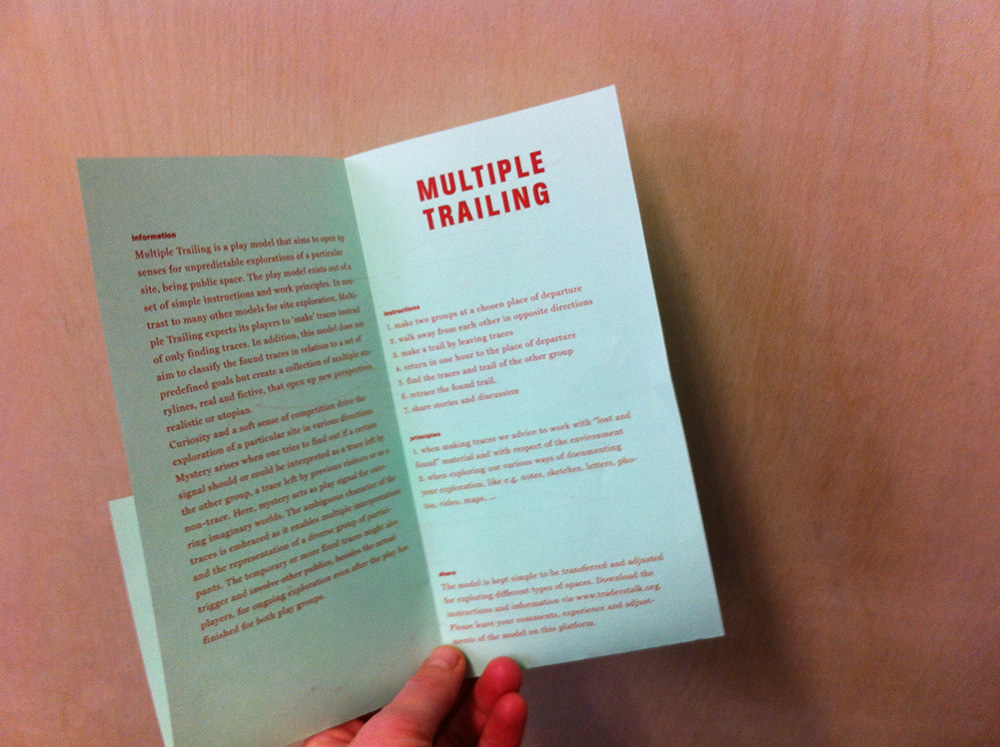