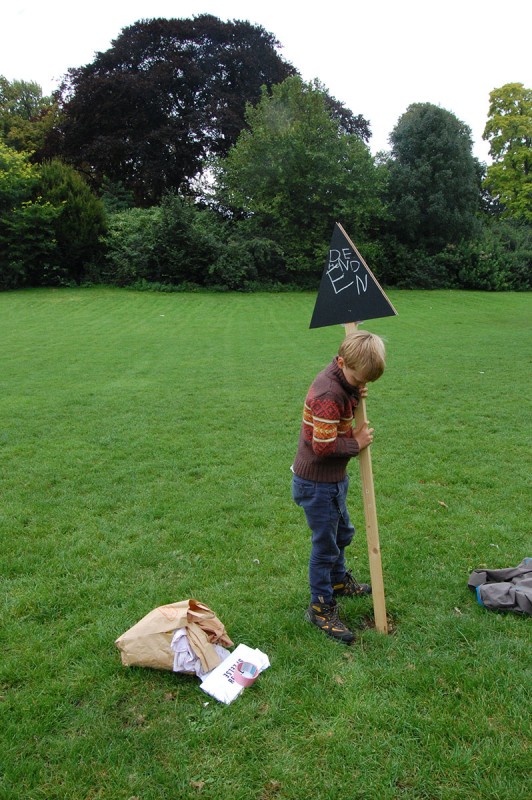 Our world is unilaterally determined by ideas and decisions made by adults. There is (too) little attention to the qualities that children can teach us as playfulness, creativity, spontaneity and even naivety.

The Office of Public Play aims examine how public space would look like if children decide on and shape these open places in the city. During a work lab in the 'park de Forest', a group of local children  (ages 6 till 11) reflected on connections and relationships that exist within and between specific users and user groups of the park. They explored new ways of how to make these social encounters more pleasant on the basis of a series of new, playful rules and actions. The outcome of the work lab was presented at 'The Incroyable Téléphérique', a one day art festival showing artistic walking trajectories. The children guided the audience on a designed trail through the park, presenting them their own proposals in the form of playful rules, to be performed by the audience, and little performances that aim to trigger reflection. 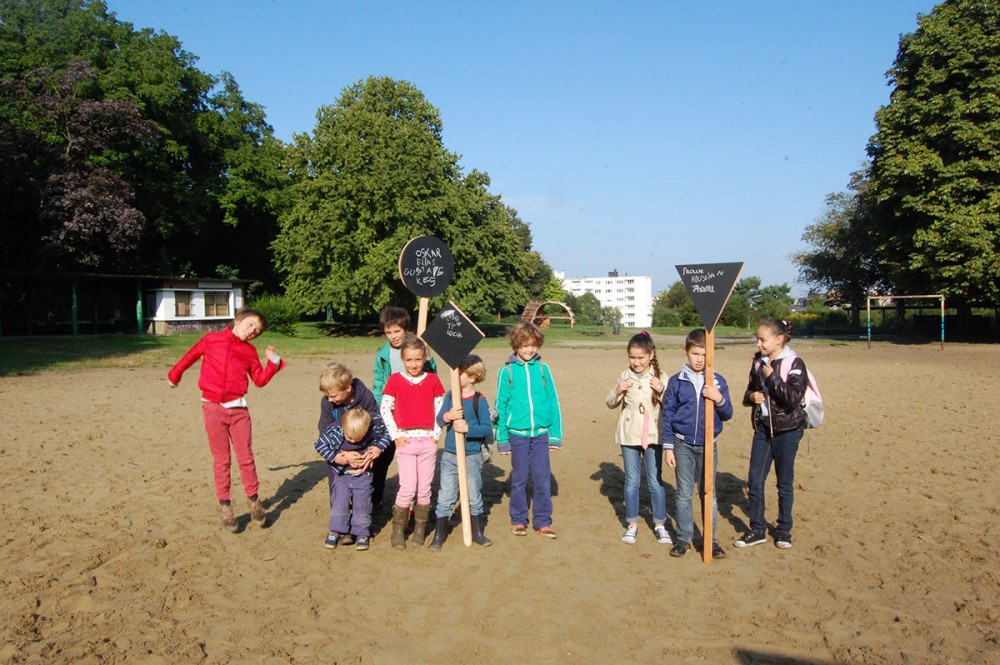 'Playful Rules' was hosted and presented at 'The Incroyable Téléphérique', an ensemble of artistic walks, created on and about the site of the 'park de Forest' in Brussels, Belgium. 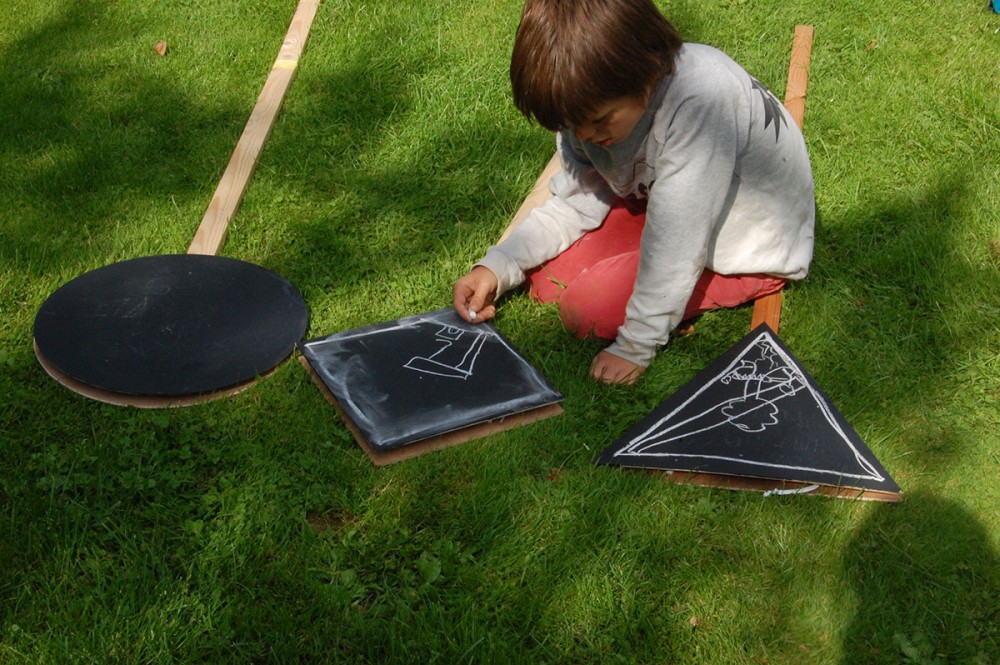 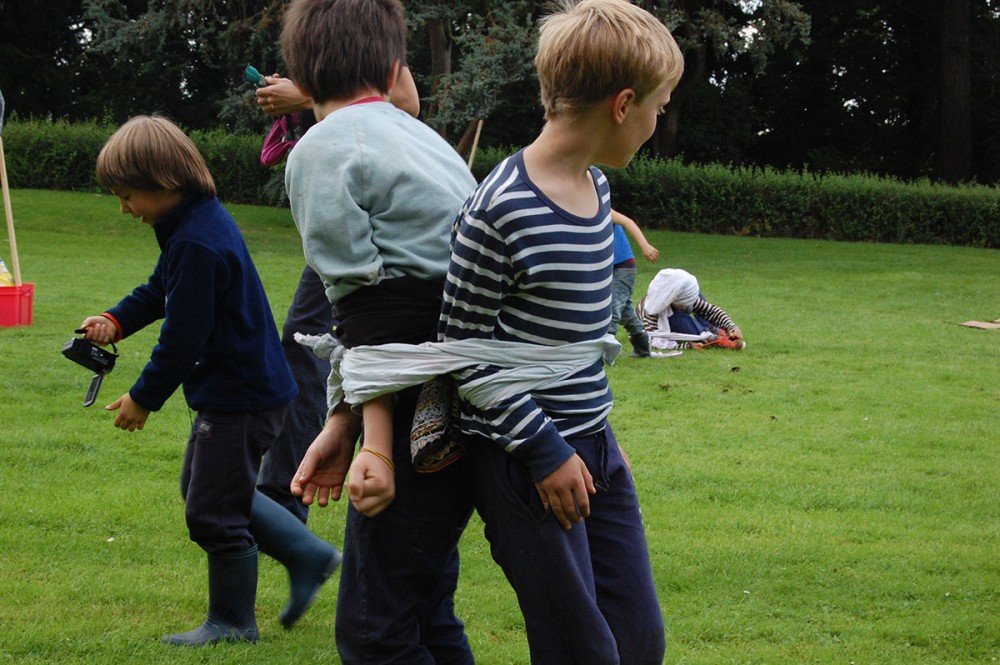 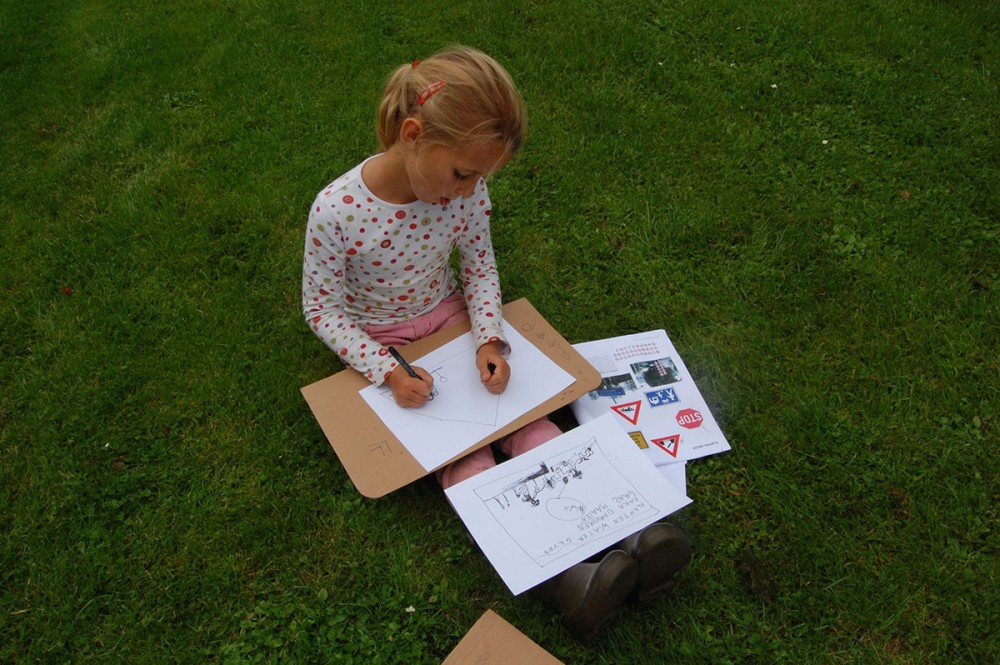 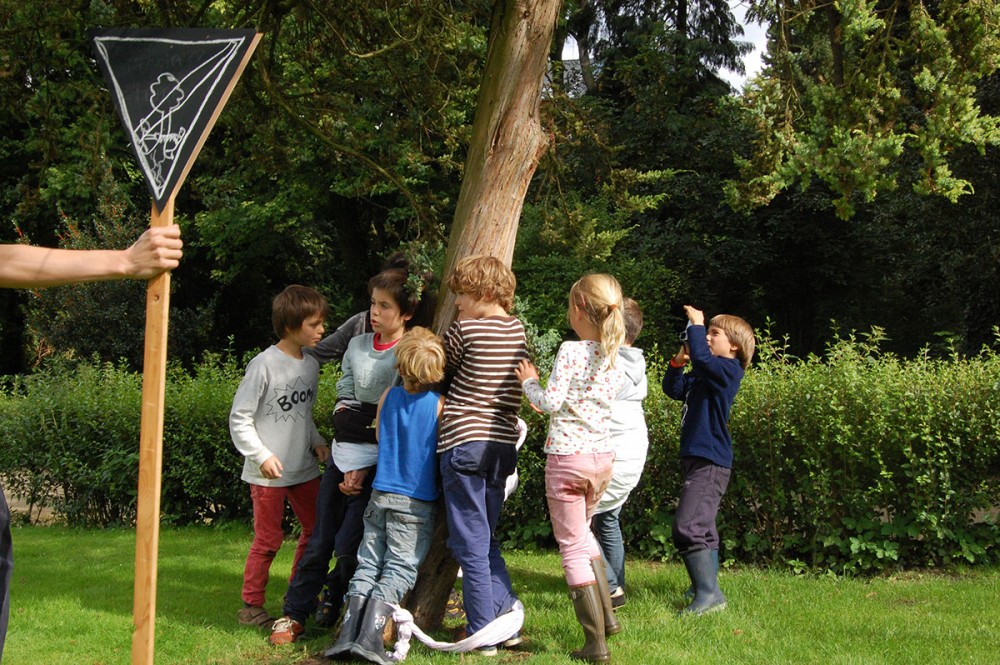 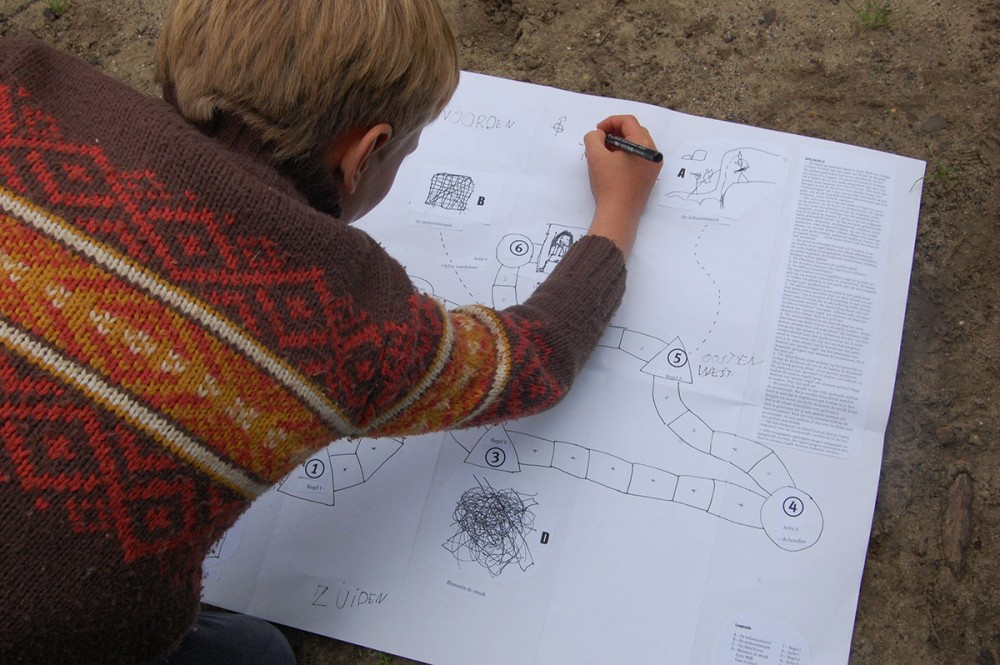 Designing the trail for the tour 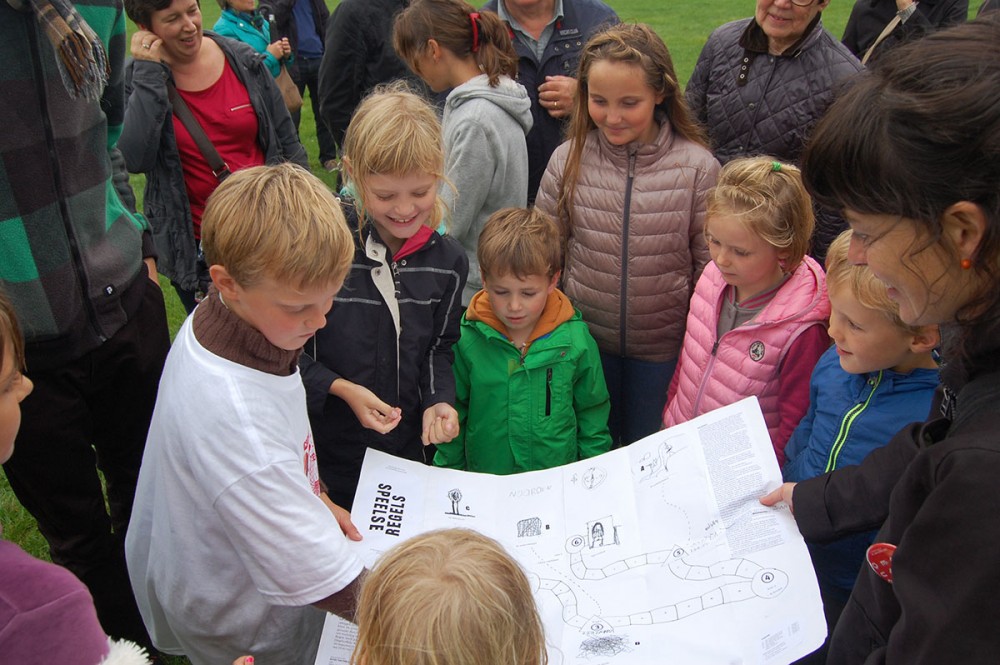 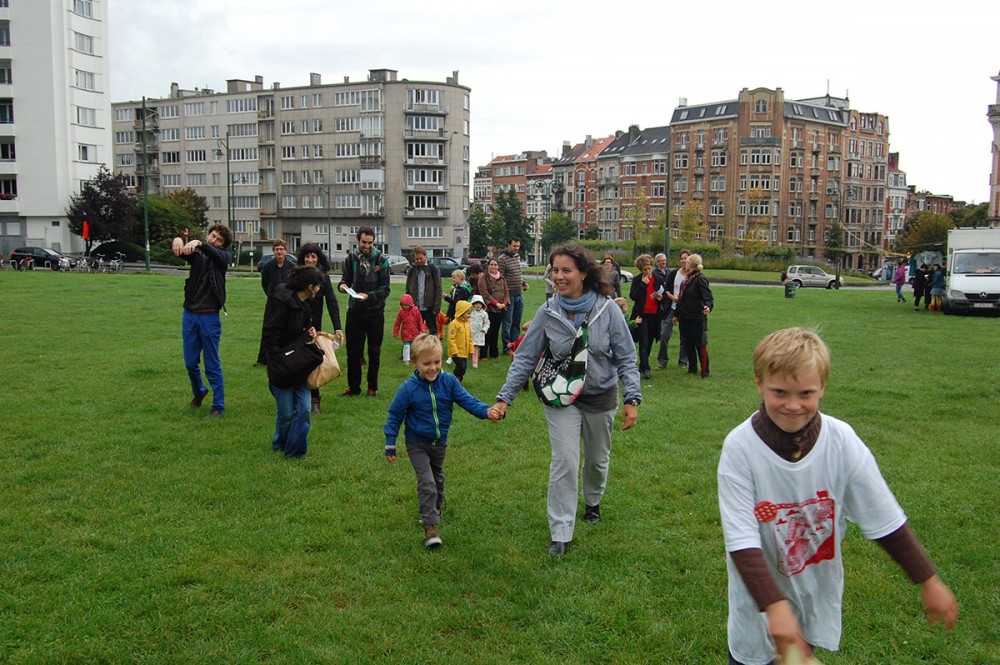 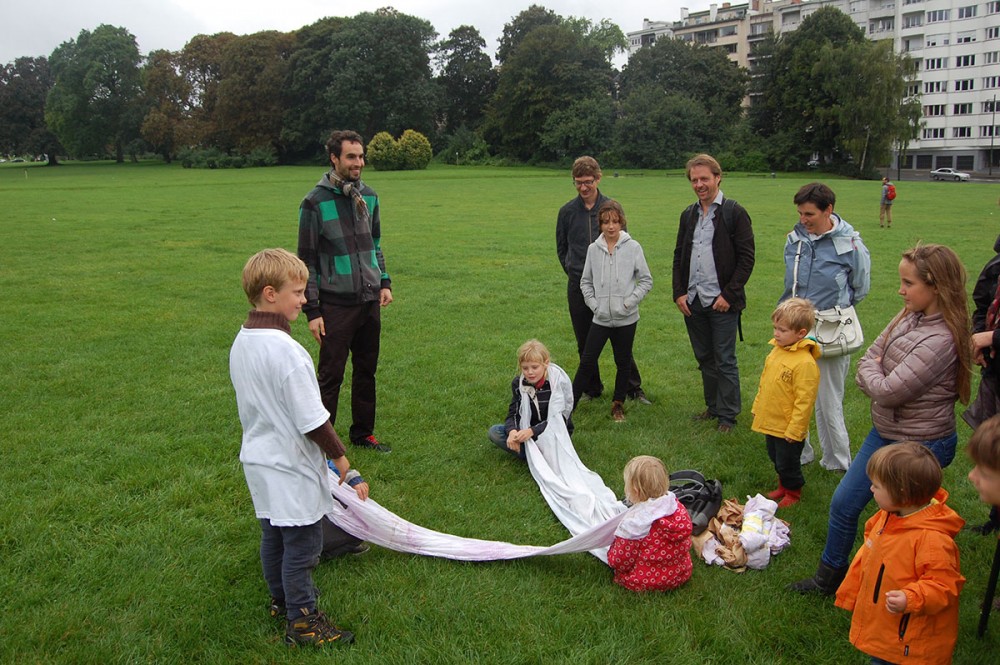