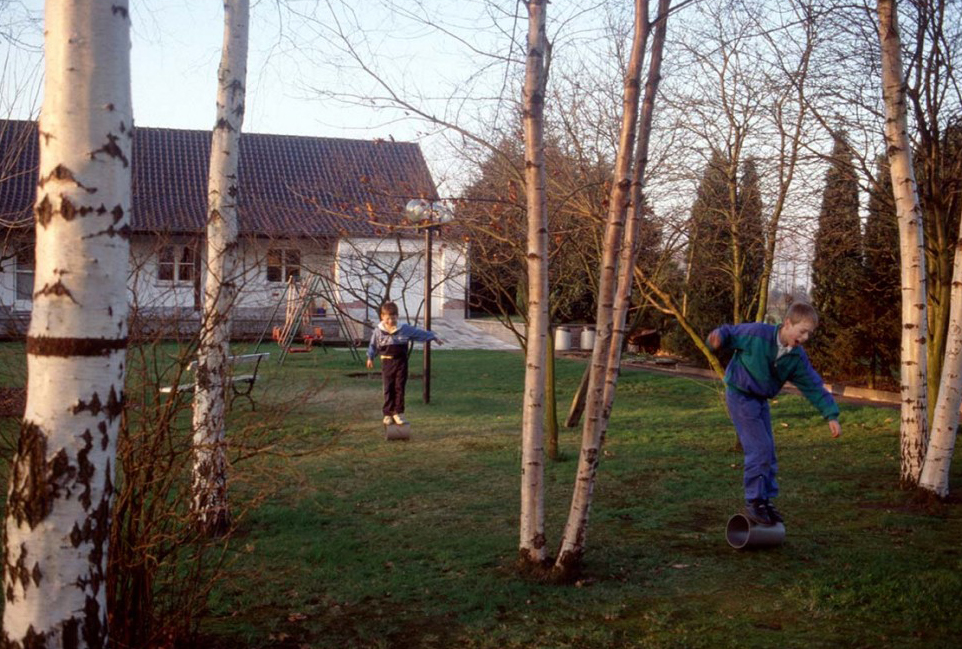 At the end of 80s, my brother and I were fond of what we called “tube rolling”. This play mirrored the atmosphere of video games, such as Super Mario and Donkey Kong, in which pipes were common used props. We used scraps of firm - but still slightly flexible - plastic tubes that were stored at my grandparents’ garden in case the sewer needed a repair. Once we mastered the technique, we started to build a fully equipped trail in the garden, including wells and sand beds, ramps and obstacles to overcome. Speed, of course, was an important factor. The person who arrived first, would win and in case you fell off the tube, you had to return to your previous “level”.

More stories, photos and instruction in the Archive for Public Play